Nominate a Service Member for the Donna Johnson Award

Each year, the Modern Military Association of America (MMAA) honors a service member who exemplifies courage, equality and valor with the Donna Johnson Equality and Valor Award.

The nomination period for this year’s award will be open throughout the month of October. Service members may be nominated from any branch of service — Coast Guard included — and may be any gender, sexual orientation, or queer identity. 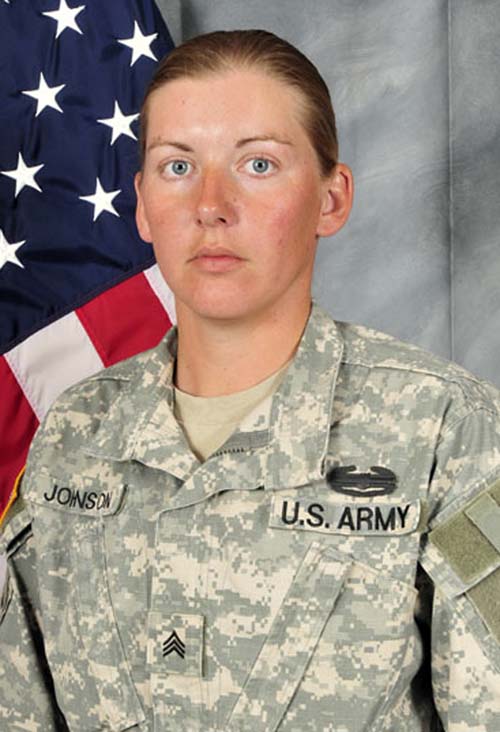 The Donna Johnson Equality and Valor Award stands to honor the life, legacy and bravery of Staff Sergeant Donna Johnson who was killed in action overseas. What followed back at home also became a task of burden and woe. Unfortunately, Tracy Johnson — Donna’s wife — was challenged to undergo the painful task of seeking to be recognized as Donna’s widow at a time when the federal government did not recognize marriage equality.

Thanks in part to Donna’s legacy, Tracy’s courage, and the advocacy work of the American Military Partner Association (now known as MMAA), the Department of Veterans Affairs eventually changed policies to recognize Tracy for survivor benefits. These efforts also contributed to the overall fight ensuring nationwide marriage equality. Every year, MMAA honors a service member who exemplifies courage, equality and valor with the Donna Johnson Equality and Valor Award.

Nominate a service member whom you believe exemplifies courage, equality and valor.