Racism as a Passive Act

Solving a systemic problem requires active intervention in the system

Over the years, I’ve learned a helpful writing tip to identify passive voice and improve my writing by making it more action-oriented. It goes: If you can insert “by zombies” after the verb, you have passive voice.

I find it a particularly useful framework for identifying passive voice when reading headlines and even during conversations that deal with racism. For instance, “An Unarmed Black Woman Was Killed (by zombies) Last Night”, “Black People are Affected (by zombies) at Higher Rates During Corona Pandemic,” “you know all that stuff that is happening right now (by zombies) to people of color…”

We often talk about racism in the passive voice. It is a thing that just happens (by zombies) to Black people and other minoritized groups; who or what is doing the racism, or why and how it happens seems permanently elusive. We discuss racism as if an unnameable and unidentifiable force overtakes Black people at random; as if every day, magical, flying buses appear and run full-speed into BIack people, maiming, wounding, permanently damaging, and even killing them. And the only way to understand such a force is to “have difficult conversations.”

Bystander: Wow, that was a hard hit! What’s it feel like?

Newscaster *shoves microphone in the face of a recently hit Black person*:  Can you recount for us the very first time you were hit? What was the moment of impact like?

Caring Ally: I just want you to know that I am here and I am listening to your pain! Perhaps we should start a book club to discuss this.

Educator: You are such a resilient person! Your life is one big teachable moment for the rest of us.

Everyone: You know what we should do? Let’s have a conversation over coffee!

Me, yelling as loud as I can: CAN WE TALK ABOUT THE BUS ALREADY??

Racism is a systemic problem (the bus that consistently affects the same people) that advantages white people (yes, even white women and white queer folks) at the expense of Black and brown people. The same violence that led a police officer to put his knee on George Floyd’s throat for 8 minutes and 46 seconds already exists in the norms, practices, policies and culture of every institution, including the criminal justice system and police departments, but also every organization from the US Military to Hollywood and your neighborhood pool association.

According to the Aspen Institute, such structural scaffolding acts to “reinforce[e] ways to perpetuate racial group inequity. It identifies dimensions of our history and culture that have allowed privileges associated with ‘whiteness’ and disadvantages associated with ‘color’ to endure and adapt over time.”

A magic, flying bus that harms people based on their skin color seems ridiculous, but this is exactly what it sounds like when we discuss racism in the passive voice – when we attribute it to some unknowable force of nature and ignore its active and ongoing manifestations in existing power imbalances, racial dynamics and racial antagonisms in organizations where structural racism daily rears its head.  Organizations direct us instead to focus on individual perspectives and anecdotes in conversation with one another. Such conversations masquerade as “egalitarian” and “democratic” processes where every person’s perspective is given equal weight, but in reality, such conversations erase the institutional power of white people and equate white feelings and beliefs about racism to minoritized individuals’ lived experience of racism. Additionally, individualized accounts of racism prevent us from seeing these individual experiences as part of a larger pattern of behavior and unequal treatment, blocking a structural understanding of racism. Further, by pretending such conversations take place on neutral ground, it obscures the beneficiaries and the power dynamics which undergird a system of racial hierarchy.

It is never a question of if or when racism will show up, it already exists in the US military; the proverbial killer is already in the house. It is not due to passive and unknown forces — to magical flying buses or zombies — that the Officer corps of the U.S military and its highest echelons of leadership (as also reflected in every other US institution) remain more than 75% white. This is the result of ongoing processes, practices, and culture that advantage white people at the expense of minoritized communities. And the most difficult part is not, as we’re continually led to believe, the “having of conversations” — but it is rather the having of wherewithal, moral fortitude, and political will to do the hard work of both self and institutional reflection to figure out where structural racism exists and eliminate it.

We must, in the words of author Rebecca Solnit, “call things by their true names.” Instead of passive attribution to unknown forces or focusing on individual solutions, we must actively name the system that upholds racial hierarchy, determine where it already exists in our organizations, and eliminate it. “Calling things by their true names cuts through the lies that excuse, buffer, muddle, disguise, avoid, or encourage inaction, indifference, obliviousness…naming is the first step in the process of liberation.”

Solving a systemic problem requires active intervention in the system – not just passive conversation – and systemic solutions. It is not enough to declare “Black Lives Matter” while doing nothing to eliminate the very structures that prevents such a simple statement from being true.

This article first appeared in the July 2020 issue of Modern Military Magazine. 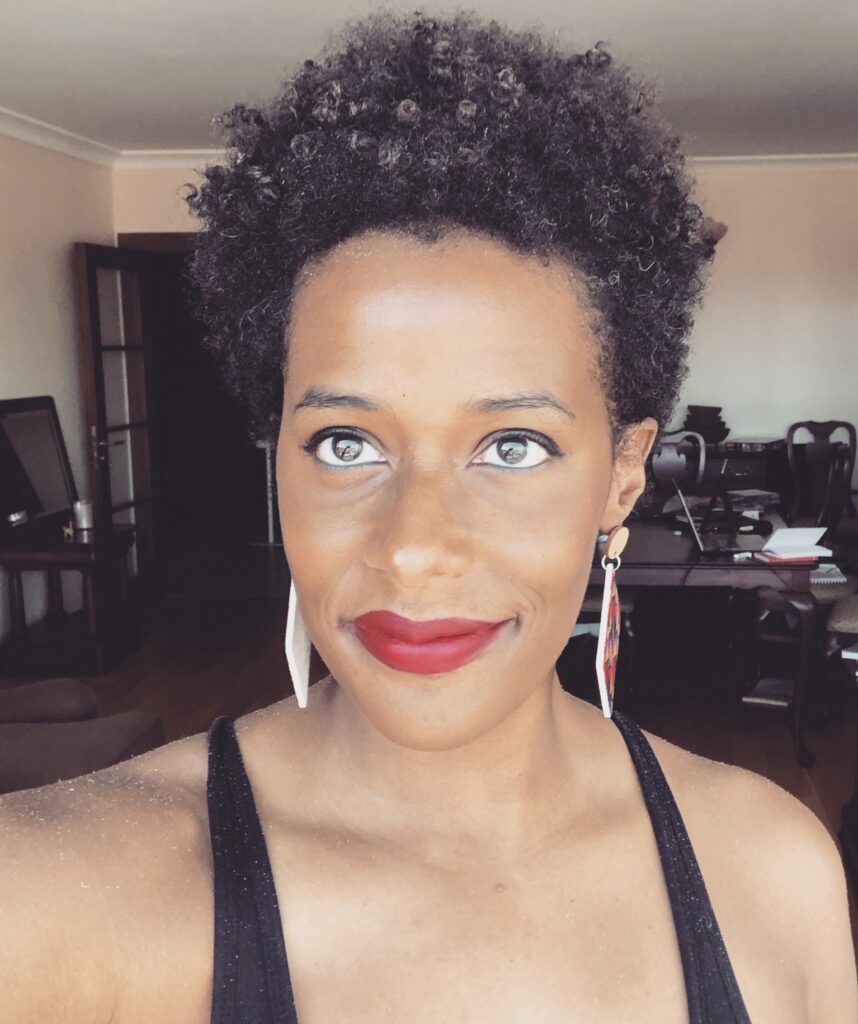 Jada Johnson is an active duty Naval Officer who is exhausted by conversations about racism and would prefer to discuss solutions for centuries of ongoing systemic problems. She is stationed in Turkey and enjoys reading, salsa dancing, travel, and fighting interlocking systems of oppression.

About the Author: Jada Johnson