Why Should the “Black Lives Matter” Movement Matter to the LGBTQ Community? 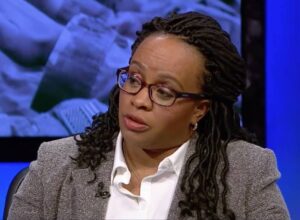 June is Pride Month.  It’s an entire month dedicated to celebrating our diversity and differences. A month to embrace love in all its colors and focus on combatting the discrimination and challenges that LGBTQ people face in their daily lives.

But this month, another challenge looming for over 400 years roared to a climax with the killing of George Floyd at the hands of police. With his death, preceded by Breonna Taylor, Armaud Arbery, and so many, many, other black men and women at the hands of extreme supremacists and police, protests broke out across the country and around the globe. A rage against centuries of systematic oppression, racism, disparity in jobs and healthcare, education and representation rose up and seemingly swallowed Pride. But did it? No.

Pride month is a celebration of acceptance in a world that does not accept different. It’s the celebration which grew from the culmination of protests held over seven days in 1969 at Stonewall Inn. It’s the fight for acceptance and the right of LGBTQ people to live their lives freely in public. With dignity. With acceptance. With those they love and without fear of retribution and loss of lives. And it can’t go un-noted that the Stonewall protests included people of color. Raising hell were the fabulous Marsha P. Johnson and Sylvia Riviera.

So why should the Black Lives Matter movement matter to the LBGTQ+ community, you may ask? Well, the reason is right in our faces.

LGBTQ people know what it is like to be unheard. They know what it means to live a marginalized life and to face violence — or even death — at the hands of those who hate them. Society expected – no, DEMANDED, that love which did not fit the “normal” remained below the radar and in many cases was deemed illegal.

Black people also know all too well what it’s like to be unheard and marginalized, because of the color of their skin. And Black people, including LGBTQ people of color, continue to face the very real threat of dying at the hands of those who hate them. A hate of them for simply existing.

The common fight in these two communities — a fight for justice and equality — is clear. That’s why the Black Lives Matter movement should matter to the LGBTQ community, and the LGBTQ community should matter to the Black Lives Matter movement. It’s a common fight for all to live freely without discrimination or even the threat of losing their life because of who they are.

We still have a long way to go in this common fight, and we’ve barely begun to scratch the surface. Transgender people — especially transgender women of color — are being viciously murdered. Black men and women are being murdered, killed in their homes, killed in the streets, and incarcerated at obscene rates with outrageous sentences.

Our fight for justice wages on.

About the Author: Alicia Hinds Ward

Alicia Hinds Ward is the spouse of a retired National Guard Airman.