Vote As If Your Life Depends On It

Our nation is at a fork in the road where we choose where we want to go, who we want to be and what we will be remembered for

Growing up in the 90’s, I never fully understood why adults would gather at the school to do something they called voting. I didn’t see the reason why voting was such a big deal. I didn’t understand the concept of democracy. The only thing I knew was that whoever people liked the most, won. Imagine my disappointment when I realized it was not that simple. It wasn’t until I became an adult that I finally understood why it was so important. 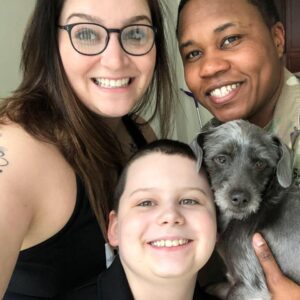 Politics and I have quite a history. My introduction into politics was me having to deny my sexual orientation in order to enlist into the Army National Guard at age 19. Then when I wanted to marry the love of my life in 2012, we had to travel to Washington, D.C. where marriage equality was legal. Yet even after we were married, we still were not recognized as such under federal law. Both my spouse and I knew were service members defending rights that we weren’t event afforded. We were protecting the Constitution and the rights of people it served, while at the same time being treated as second-class citizens.  Politics defined what rights I was allowed to have.

2020 has been quite the year.  It seems events of this year have brought out the best and the worst of our nation. Conversations are being had about racial injustice, systemic racism, gender identity, reproductive rights and more. When we look back on this year, we will share stories of the pandemic, the great toilet paper deficit and, hopefully, the resiliency of our nation.

This past year has been trying, to say the least. However, we should also acknowledge that we, as a nation, are being handed a golden opportunity. We are at a fork in the road where we choose where we want to go, who we want to be and what we will be remembered for in history books.  We are sitting in the uncomfortable realization that our nation has some growth and progress that need to be made. We are able to make those changes by using what our nation was founded on — democracy.

As members of the military community, we are aware of the cost of freedom and the rights we exercise. We have lost many of our own defending the very freedoms we have today.

There is nothing more patriotic and no better way to honor our brothers and sisters who have given the ultimate sacrifice than to exercise our right to vote. It is our time to make our Nation everything we want it to be. Everyday people who get up, make breakfast for their kids and head to work can be a part of shaping our future by casting a ballot.  Every single person, no matter your political party, should vote like their life and the future of our country depends on it.

This election, I am voting as if my life depends on it. I believe that our country must do better, if not for my own life, then for my child’s future.

About the Author: Ryann Alexander