How Coming Out Changed My Life

Our lives are made up of a series of defining moments. Those events that shape the people we are forever.

In March of 2019, I was honored to testify before the House Armed Services Committee on the value of transgender military service. As I sat in the chambers, waiting to give my opening statement, I remember thinking, “How did I end up here?” and reflecting on the other defining moments that had brought me to our nation’s capital.

Only four years before, I was not even out yet. I had hidden my gender identity from everyone that I loved, and even tried to ignore it myself for over 30 years. I was afraid that if I came out, I might lose my family, friends, and job. The first transgender military ban was still in place at the time, and I was afraid to lose my career in the Army.

I have known that I was transgender since I was 8 years old. Like so many, I didn’t understand my feelings and believed that nobody else would either, so I buried them. As the years went on that became harder to do, until in 2015, I could no longer ignore who I am. I had to do something. I had to live my truth.

I started by coming out to my family. I reluctantly shared my true identity with my parents and my two young children. I was blessed to receive love and acceptance from them. Their support was all that I needed. I decided that I would come out to 100 people in 100 days. I would start with those who I was closest to and move down the list from there. Not everyone was understanding, but I had my support network and it continued to grow. Within that 100 days I came out to more than 100 people, and by day 100 I was out and living the life that I had always been meant to live.

Somewhere around day 80, I decided it was time to come out at work. I didn’t want to be “outed.” I wanted to control my story. I started by telling my military doctor before going to my boss and coming out to him. From there I had many conversations with my peers, my superiors and my subordinates. I explained what being trans meant and let them know that first and foremost, I was the Soldier that they had always known.

When I decided to come out and be myself, I had planned to do so quietly. That all changed in the spring of 2015. Another trans servicemember and I were talking, and she said, “If nobody ever speaks up, nothing will ever change.” As a noncommissioned officer, I have been taking care of Soldiers for 15 years. Her words on that day reminded me that this was another way to take care of Soldiers. The following week my story was on the front page of the Sunday paper, and I became America’s first openly transgender infantryman.

In the years since that day I have spoken in the Pentagon, attended the President’s State of The Union Address, and met with our nation’s leaders, all in an effort to take care of the Soldiers, Sailors, Airmen, Marines, and Coast Guardsmen that I have dedicated my life to. When I first decided to come out, I didn’t know all of the ways that my story would help others to tell their own. I didn’t know that I would help others to be their truest selves. All I knew was that it was time to be honest and say yes to myself.

As you are reading this today, perhaps you are trying to decide if this is your day, if you are ready to be true to who you are. Maybe this is one of those defining moments that will shape the rest of your life. Whether you come out to 100 people in 100 days, share your truth with a trusted loved one, or simply come out to yourself about who you are, know that you are worth it, and you are not alone. 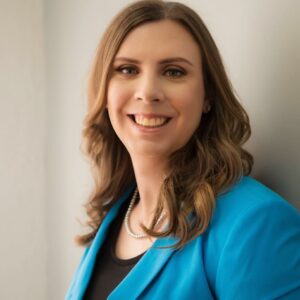 About the Author: Trish King

Trish King is a retired U.S. Army Staff Sergeant and serves on the MMAA staff as Federal Advocacy Manager.